We'd LOVE to help you!

We'll keep you up to date

We have the area covered!

Marketing experts at your service

We will guide you through the process

Let us help take the stress away

What a surprisingly brilliant month!

We love our job but, to be honest none of us look forward to working in August as traditionally it is one of the quietest months. The schools are out meaning parents are busy entertaining their children, and usually the sun is out too meaning all the casual viewers find other things to do which stops them being tempted in to buying their next home. This August was different though, the schools and sun have both been out but so have lot of buyers, looking for their dream homes.

We agreed a lot of new sales over the last 31 days and at the same time, many of the sales we had previously agreed at the start of the summer reached their conclusion meaning August has exceeded all our expectations. The market is still tough, and things do not always go as we would like however the number of viewings, offers and ultimately sales have added to the strong results from June & July.

September is traditionally the 2nd peak of the year’s activity after the Spring market and so, if you are thinking of selling then getting your property advertised early in the month should mean you’ll experience plenty of interest. If you still harbour ambitions of being in a new home in 2019 then you really do need to get the ball rolling soon.

Exchanges/completions: 21 (our best ever single month)

It’s a well-known fact that how we feel about ourselves affects how we perform – whether it’s a job interview, a business meeting or a World Cup Final.

Those feelings are strongly influenced by our character: some people are natural optimists; others are born pessimists.

But that doesn’t mean the former group are bound to succeed and the latter group destined always to fail.

Because everyone’s mindset is also affected by their environment. If things around us are going well today, we’re more likely to feel positive about how they will go tomorrow. It’s human nature.

Now imagine you’re an estate agent who has agreed a string of sales over the last few weeks. What’s more, you know your competitors haven’t.

Even if you were a negative person generally, you’d still feel pretty happy today.

And if you were a positive individual, you’d be on top of the world. Your coffee would taste better. The weather would feel warmer. You’d feel right at the peak of your game and hungry for more success again.

But if you were one of those less successful competitors, with only a handful of sales, you could easily begin to feel down. Working hard, doing the same job, but seeing another agent getting much better results. You might even start questioning your own ability – and whether you really can sell the next set of properties you have in front of you.

So, when you’re choosing an estate agent, past performance really is a good indicator of their prospects of future success.

We know from experience that the confidence you gain from selling a house today makes you better equipped to sell another house tomorrow, even in a difficult market. It’s human nature.

So, you want the estate agent that has sold 41 houses, not the one that sold eight.

If you haven’t guessed, we’re the 41 – naturally positive people, agreeing lots of sales and all geared up to get the best price and the best buyer for you and your home.

It costs nothing to have a chat. We’d love to offer you a free valuation and show you how our marketing magic works.

Why are we called 'Peter Oliver'?

One question that comes up without fail when directors of the Uckfield estate agency Peter Oliver introduce themselves is “Where does the name of your business come from?”

Many think the estate agents are franchisees of a national operation because of their slick branding and the way they quickly made an impact in Uckfield but that couldn’t be further from the truth.

Owen Badman and Nick Gulliver are proud to have set up an independent business and are proud of their company name – especially Owen because Peter and Oliver were the first and middle names of his father.

Owen said: “I didn’t think an estate agency using the surname ‘Badman’ would set the right image, but Peter Oliver is different. The name means a lot because my father instilled a strong work ethic in me, and he was always working hard to provide for his family.”

Owen, who with partner Caroline, has two children of his own, Lily, nine, and Oliver, two, said: “Nick and I own the business 50/50 and I am grateful to him for being prepared to use my father’s name.”

Owen Badman with his own family, partner Caroline, and children Lily and Oliver.

Peter was a businessman to the end. He ran several businesses with the best-known two being a haulage firm ‘Andy Vans’ and ‘Add a Van’, a hire firm which is still trading today.

During World War 2 Peter served as a mechanic in the RAF and was based in the Azores and Kirkcaldy in Scotland.

Owen says he would have liked his father to see the business now being run under his name.

“More than anything I would have liked him to be proud of me,” he said. “I didn’t want to make a big thing about the origins of the business name but so many people ask us I thought it would be nice to share the story.”

How quickly is this year going!?!

Already it's November and although the temperature has certainly dropped the local property market is still warm and active!

We are just shy of being 3 months old and are so grateful for the support from the Uckfield community we have had, and are continuing to receive. Our journey has started at a much faster pace than we expected but we’re certainly not complaining about being busy!

Hopefully you will have seen quite a number of our boards dotted around the area and we’re pleased that we have been able to agree as many sales as we have so far. We have many more client’s houses on the market that we are doing all we can to promote and so we are expecting to remain busy right through the Christmas period.

We want to give something back to the people who’ve helped us grow so quickly, especially our ‘likers’ and followers on Facebook so, in the run up to Christmas we have some Prizes to give away that are very much worth winning and we’re starting in a big way by offering the chance to win a visit to the 5 star Alexander House Hotel & Utopia Spa!

To enter our FREE COMPETITION, head over to our Facebook page for details on how to enter and be in with a chance to win, that’s if you fancy  a Spa Break for 2 including Bed & Breakfast & Afternoon Tea?

This competition closes on 4th December 2017 and terms and conditions are below.

Good Luck to all 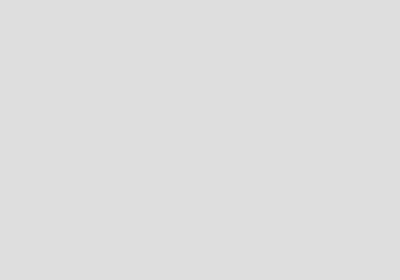 Owen and Nick bring a combined 30 years of agency experience to Uckfield. Nick says: "We will be offering a personal and friendly service tailored to the person selling their home and committed to achieving the best price for them."

He added: "We have occasions where a client would like a quick sale and we are well placed to react in those circumstances, but there will be other scenarios where achieving a good price is more important to clients and we won't be pushing people into accepting the first offer that is made."

Owen expressed that with such a high demand for housing in today's market Peter Oliver Homes can offer an effective way of reaching buyers through their modern marketing methods such as social media advertising and Open Houses."